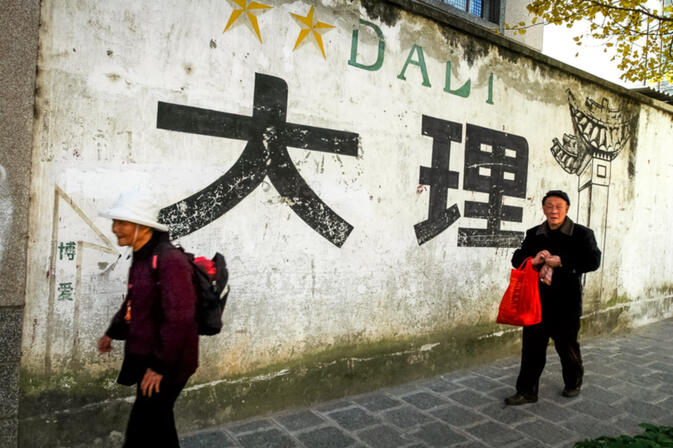 Editor's note: Over the course of the next few months, we're going to try something new — serializing portions of an upcoming book about our favorite province. The following is an excerpt from "Yunnan Drifter: An Alternate Guide to Traveling in Yunnan", a book written by Lisa Liang and edited and translated by Lua Zhou.

I still feel a tinge of heartache every time I go back, in part because it's a place I had once envisioned I could live forever, but also for the remnants of bitterness that still linger on a broken heart.

But that feeling always fizzles, and quicker with the more time that passes. 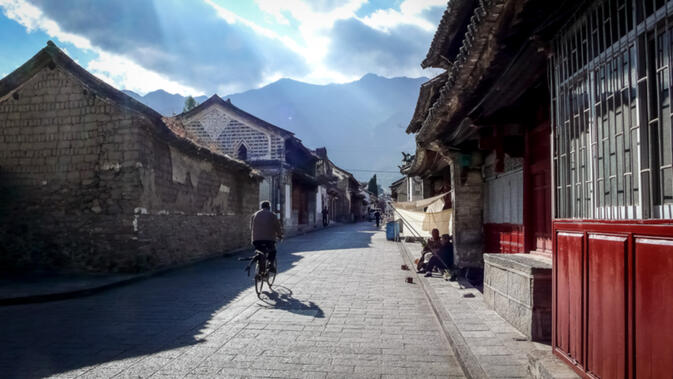 Dali has changed immensely from when I first arrived in 2009. Already by that time it had supposedly seen it's heyday. Still, back then, Renmin Lu was black as night past the small vegetable market, with just a few stuff shops and hippie dives playing low key reggae in the dark.

But, for sure, there was coffee. The air was heavy with the scent.

People tended simply to call the place, 'xiao yuan' — or little courtyard. Sometimes you might hear it referred to as 'Gong's Place'. Or, even more simply, 'Gong's'.

Gong is, without a doubt, something of a character. Originally from Sichuan, he's spent the better half of his life in Yunnan, and most of that in Dali. Someone once described him to me as "a genuine, bona fide Chinese hippie." He's as smart as can be, could be teaching English somewhere for shitloads of money if he really wanted to. But then there would be no story. 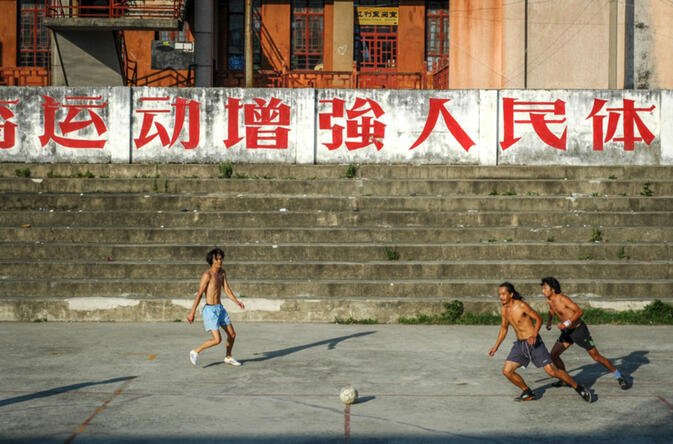 There's a weird organized order to the chaos of things Gong does: coffee roaster, salt trader, tea connoisseur, sake brewer, woodworker, farmer, calligrapher, translator, interpreter, periodic monk. He's as much of a bastard as they come, too: womanizer, hedonist, chauvinist pig — but just as much he's kindhearted and generous, a forgiving and loyal friend, incredibly skilled and highly adept, and — when he wants to be — disciplined. One shouldn't be fooled by his outward appearance: the shaggy hair, the tar black teeth, the look of scandal wild and obscene in his eyes. He likes to laugh and he likes to joke, to show that wicked black smile of his. But mostly just because he seems to be truly enjoying life.

In fact, Gong's was the loose definition of a place where a group of likeminded guys tended to squat — a bewitching and beguiling bachelor den where young girls from the city with wide eyes and big dreams were lured, seduced, fell trap. It belongs just as much to Guangtou, aka Xiaomi, aka the Guangxi Bruce Lee, as it does to Xiao'er, the moody, slightly manic-depressive writer/poet/hopeless romantic from Shanghai. And then there's Sting, the OG of the bunch, the four fingered master sushi chef who takes refuge in Dali to get away from the mayhem that is his hometown of Hong Kong.

Sting's been coming to Dali on and off for 20-some odd years, now in his ripened age content to puff on hand-rolled cigarettes while watching monotone documentaries about the Chinese countryside on CCTV. He grows coffee, roasts coffee, brews coffee for friends and visitors, and every so often carves out perfect slices of succulent salmon sashimi for the every so often sushi party at the Bird Bar. 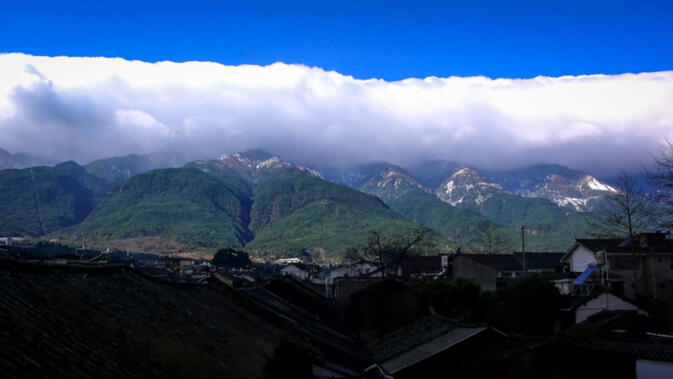 The Bird Bar. When I arrived it was already headed towards the end of its glory. Still, it was a charming place, a place that made it more than easy to fall foolishly in love. Gong and all the guys, the coolest bar with the chillest music, the sickest pool table in town, cheap beer, ricotta cheesecake, and hands down the most awesome Greek yogurt you'll ever taste in your life.

Bird Bar was the brainchild of Rongjie and Xinmin, some of the first outsiders to set up shop in Dali, and certainly the first to set up a bar/guesthouse/restaurant/thing of its kind on Renmin Lu. But that was over ten years ago. It's quite a different story today.

Today, Renmin Lu is packed shoulder to shoulder with cafés, bars, bakeries, BBQs, snack carts, boutique shops, and a new generation of madcap hipsters from all over China — and the world — trying to make a buck with a dance or a song. One has to admire the general spirit of entrepreneurialism, it's like none other I've ever encountered in China. Some are truly creative, although some are certainly not.

All the same, everyone seems to be enjoying the party — everyone, perhaps, except those of us who remember a different Dali, a Dali that was quiet, modest, relaxed, simple, pure and untouched. 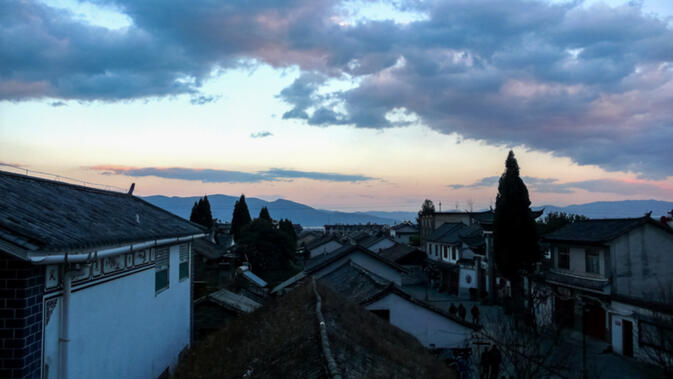 Gong's place on Renmin Lu is now long gone, turned into a high-end clothing shop filled with things none of us want or could afford. Bird Bar is now a café, on the opposite side of the street from where it once was — the original Bird Bar is gone, as is the Bird's Nest Guesthouse. And all the old friends are slowly leaving Old Town, moving instead to the outlying villages. The walk from one place to the other is growing increasingly ever more long.

Gong and the guys have moved, too, out to a house by the pagodas. It's not easy to find — past a xiaomaibu, down a narrow cranny of an alley, right at the tree, left at the well, then under a stone arched door. Directions can be somewhat bewildering — best just to follow the smell of coffee on the roast.

If you do, sure enough, you'll find it.

In fact, it was there all along.

And maybe that's what Dali is. Maybe it's not a place at all. Maybe it's just that feeling of returning to somewhere familiar. Of stumbling upon a forgotten secret. Of sitting down. Of being at ease. And then, having nowhere to be at all. 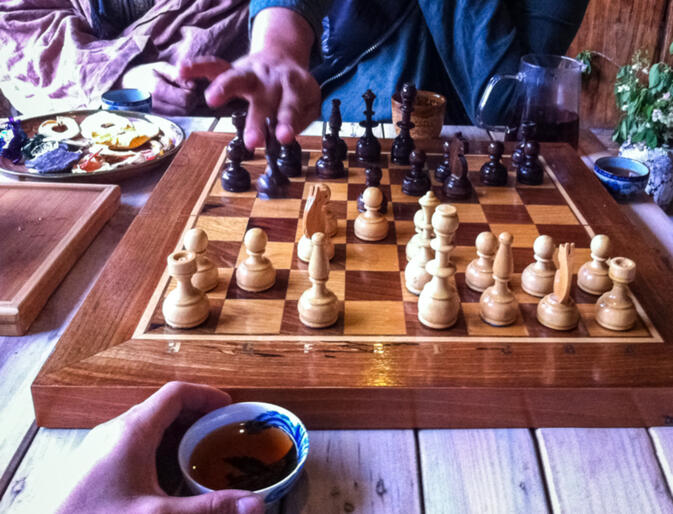 "Yunnan Drifter: An Alternate Guide to Traveling in Yunnan" is a book for people who want to experience a different side of Yunnan, beyond the tourist traps and main drags, to a place where secrets and adventures unfold.

Author Lisa Liang was born and raised in Los Angeles, California. She came to China eight years ago and was living and working in Beijing before deciding in 2009 to escape the sprawl of the metropolis for the countryside. She has lived in Yunnan ever since. When not traveling, writing and taking photographs, Lisa is based in Kunming, where she runs an all-natural, organic foods company, Yunnan Naturals.

Translator Lua Zhou is a Chongqing native who lives and works in Beijing.

Yunnan Drifter: Rebels with a cause

Bird Bar in Dali to shut doors after 10 years

I find the accompanying photos very interesting. It shows a nice bent of Dali that I haven't seen before. Quite a personal touch.

Nice chapter, presents a little local foreign/dropout history that a lot of new arrivals may not know about. Bird Bar, yeah.

Dali would deserve a real depth story, about the possiblility of a Buddhas tooth there - wherever it disappeared, the haunted haunts of haunted history. The stories about what the monks are lately dreaming about and so on. And whatever lies at the bottom of Erhai.

A Western "touch" could be about the craziness that swallows all the pot-smokers who find their heaven there.

Joseph Rock wrote already in 30's that he didnt like the place - whatever he liked anyway. The ancestral graves that were destroyed on the Cangshan side while building the new Dali, supposedly released bad spirits, but there are plenty more ghosts around, and long before Panthay massacre too.

Maybe all the families with kids that have moved there recently will scare away the ghosts there, when these families move in to their kiddie heavens, any place will loose The Depth - whether crazy or Spiritual.