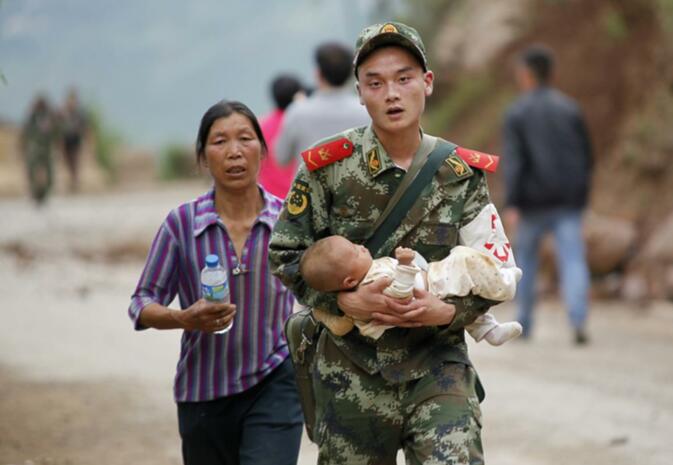 A severe earthquake in northeast Yunnan killed hundreds of people over the weekend and left tens of thousands homeless. Relief efforts are underway, but provincial authorities fear the death toll may rise as heavy thunderstorms and the risk of landslides have hampered rescuers.

The temblor struck at 4:30pm local time, its epicenter roughly three hundred kilometers north of Kunming. The China Earthquake Networks Center is reporting a 6.5 magnitude quake, while the United States Geological Survey, utilizing a measuring station in Vietnam, registered it as 6.1.

Regardless of the size, the earthquake wrought massive damage near its epicenter in Ludian County (鲁甸县) and surrounding areas. Chinese media are calling the quake is the largest to strike Yunnan in 15 years and was felt in the neighboring provinces of Guizhou and Sichuan. Residents of Chongqing — nearly 500 kilometers away — report they felt tall buildings sway in the aftermath.

As of this writing, 381 people are confirmed to have died in the disaster, with nearly 2,000 reported injuries. Tens of thousands of buildings have either collapsed or been abandoned and provincial authorities are estimating at least 42,000 homes were destroyed. In response, 2,500 soldiers and 7,000 police and civilian volunteers were deployed to Zhaotong Prefecture (昭通州). Relief and aid supplies, including bottled water, tents, temporary beds, quilts and coats have also been sent to affected areas. 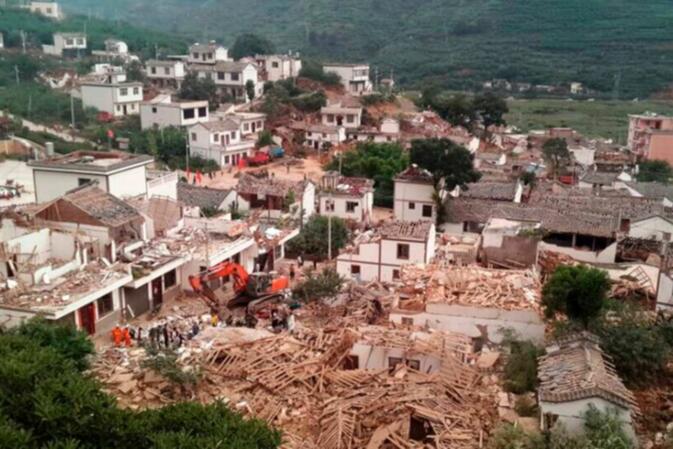 Aid workers have reportedly been stymied by inclement weather. Yunnan is currently in the midst of its annual rainy season and the areas affected by Sunday's earthquake are particularly prone to mudslides and flash flooding. Typifying such concerns, relief workers are contemplating what to do with the Yongren River (永仁江), which was dammed when an earthquake-triggered landslide sent tons of debris into its path.

The earthquake has garnered international attention and the United Nations Secretary General has extended his sympathies and offered aid through a spokesman:

[Ban Ki Moon sends] his condolences to the Chinese government and the families of those killed, and his deepest sympathies to those who were injured or otherwise affected in this disaster. The United Nations stands ready to lend its assistance to efforts to respond to humanitarian needs created by the disaster and to mobilize any international support needed.

People wishing to contribute money or other aid to victims of the earthquake are encouraged to contact the Yunnan branch of the Red Cross or donate money directly to a fund established for victims and their families. The government of Yunnan is also calling for volunteers over the age of 18. Those who would like to get involved can call (0870) 2120639 or contact the Zhaotong Youth League via its Weibo account. 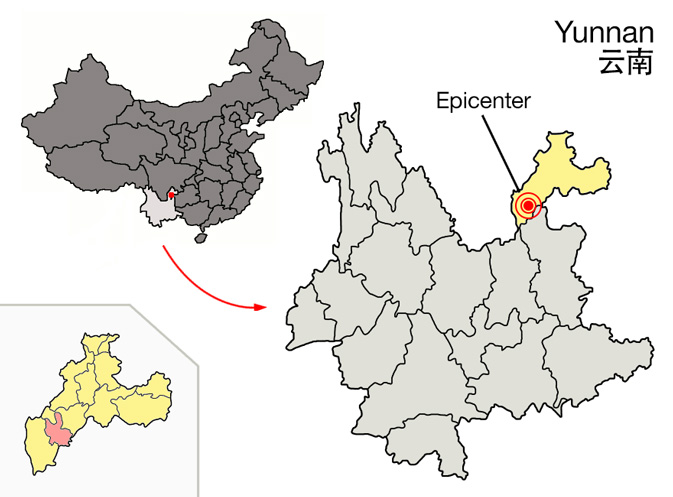