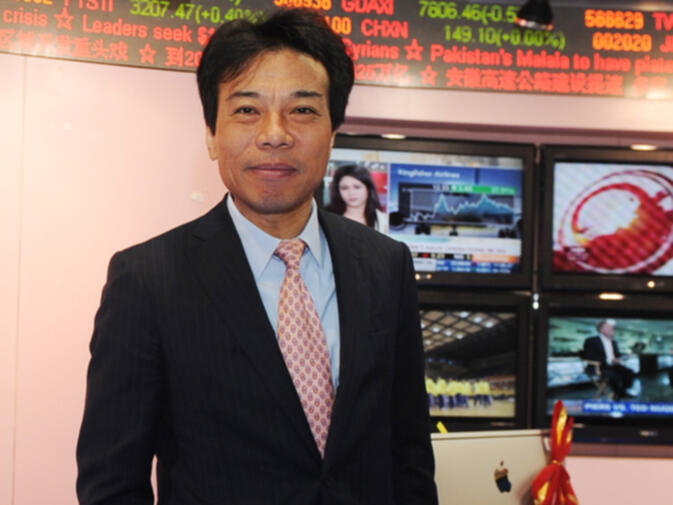 A billionaire investor, known for his ability to buy undervalued stocks just as they begin to surge in price, has lost in his bid to control a minority stake in Yunnan's most famous brand. China's highest judiciary, the Supreme People's Court, ruled against the plaintiff earlier this week in a convoluted case involving two multinational companies, five years of confusion and billions of yuan.

At stake were 65.8 million shares issued by pharmaceutical giant Yunnan Baiyao, which Fujian businessman Chen Fashu (陈发树) claimed he first purchased in 2009. At that time, Hongta Group — one of the largest cigarette manufacturers in China — agreed to sell its 12 percent stake in Yunnan Baiyao to Chen. The sale was predicated by the state-owned tobacco giant attempting to shed non-tobacco holdings from its investment portfolio.

Upon completion of the 2.2 billion-yuan (US$356 million) purchase agreement, Chen waited for the shares to be transferred to his name. The original contract gave Hongta five days to hand over its Yunnan Baiyao stock. However, two years later, Chen still had not received them.

He filed a civil complaint in 2011, and a year later Hongta responded that it had kept the stock from Chen to "to protect [the company's] state assets from being lost". Media analysts have conjectured Hongta may have simply held on to the stock because it was appreciating so quickly. Eventually, a lower court dismissed most of Chen's claims.

Once again maintaining he had no legal possession of the Yunnan Baiyao stock, regardless of the court decision — and that his investment of 2.2 billion yuan was in a type of financial limbo — Chen appealed the finding. This week, the Supreme People's Court ruled Hongta must refund Chen's original investment with interest, but the state-owned firm will be allowed to retain its stock in Yunnan Baiyao.

Legally, Chen has run out of options and must abide by the ruling. Although he will see the return of his two-billion investment, Chen cannot be happy with the court proceedings. Yunnan Baiyao stock is currently trading at around 54 yuan per share. The company's worth has grown considerably since it diversified its product lines and expanded to overseas markets.

Chen is often called the "Warren Buffet of China" by domestic media and is worth an estimated US$2.3 billion. The nickname stems from Chen's repeated, large-scale investments in companies just before share prices skyrocket. However, in this instance, Chen's legal wranglings trumped his market savvy, causing him to miss out on what would currently amount to 1.3 billion yuan in capital gains.

I think you mean 1.3 billion in Capital Gain, which is a different thing than dividends. Likely dividend payout on the shares would have been something like $80million yuan (assuming ~$1.2 dividends over the past 5 years)

Absolutely right. My mistake. The error has been fixed.

Great article. Didn't know this guy even existed. He does sound like a Chinese Warren Buffet. Too bad guangxi is still more useful than business acumen here.

And yet another show of how the scales of justice are evaluated by judges in Chinese courts; the heavier the bag of rmb, the more the scales tip in your favor.

Yep. Very indicative of how important contracts are in China when it comes to rule of law... contracts are worth nothing, even in the highest courts.

The contract has been in limbo.
I wonder if it all went tits up last year, during the YNBY fuss, they would have honoured the contract and taken the money.

Our family used to be neighbours with the founders of Yunnan Baiyao.

Their story, as with many, is quite tragic.

@xfouroo: What's tragic about it?

@alien during the cultural revolution the govt. became "partners" with the family in the business and subsequently sent them to work camps, the parents were treated and worked harshly, and their last days were bleak. the business was taken over entirely by the govt. and long after we left we heard that one of the children was brought back into the company and allowed to work simply as an employee (their son i believe).
The government or "official" story that is peddled now as can be found on Wikipedia is a joke

@xfouroo: Sorry to hear that family members were mistreated in the past, but are you also saying the story presented here on gokunming is a joke? If so, why? I haven't looked for the wikipedia story.

It's important to note Hongta Group is a well connected SOE in Yunnan. Good luck winning a lawsuit against the State. Not only is 红塔集团 a tobacco behemoth, but a illustrious real estate developer that preferentially gets awarded bids for public infrastructure tenders. Many of the stadiums standing in Kunming, or in lower-tiered cities like Dali, are built by Hongta.

Sorry, I don't believe that someone can consistently predict which stocks will skyrocket to become a billionaire .. unless they have insider info.