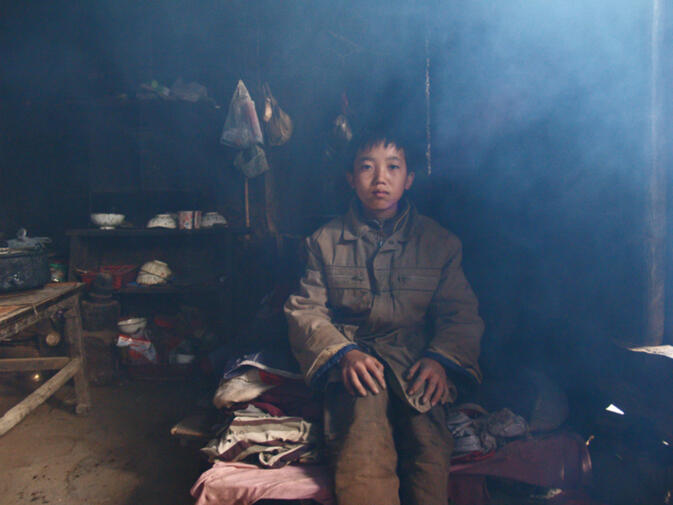 Editor's note: GoKunming contributor Frances Deram works for Teach for China in rural Lincang Prefecture, where she not only instructs middle school students but also writes about her experiences doing so. Deram recently organized a successful eyeglasses fundraiser for the kids at her school. For more stories about life and learning in rural Yunnan such as the one below, check out website Education Week Teacher.

Meet Tony. Right now, he is an eighth grade student at Dachaoshan Middle School in one of the poorest areas in Yunnan. I greatly admire Tony. In stark contrast with his frail and weak body, he has a steadfast spirit. Despite his mother's suicide, his father's severe alcoholism, his poor household, his lack of fluent Mandarin and the smoky coal stove next to the bed he shares with his grandmother, Tony works hard every single day for a better future. His better future.

Tucked away deep in the terraced mountains that line the Lancang River (澜沧江) close to the border of Myanmar, Dachaoshan Town is far away from just about everything. Its location, which is three hours away from the nearest developed city, means that the closest bookstore, eyeglasses shop, established clothing stores, large-scale restaurants and grocery stores are all also three hours away. 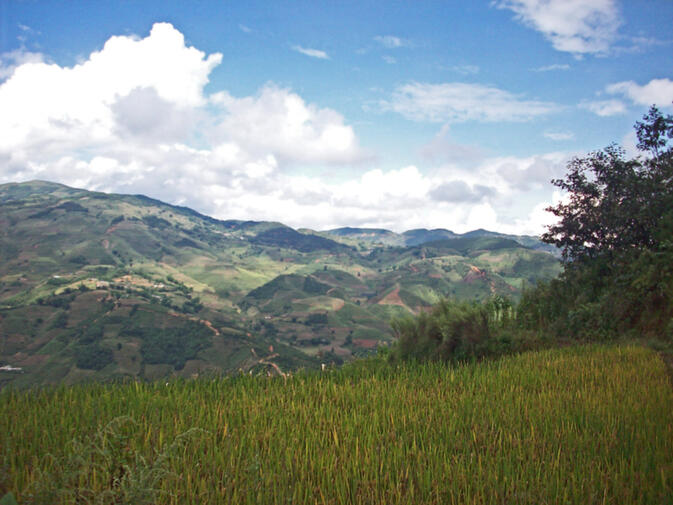 But even people in this secluded town might be considered relatively well-off. Tony lives yet another three hour walk up and down a mountain outside of Dachaoshan, a trek that he makes by himself twice every weekend to leave and then arrive back at his middle school.

In his first semester of the seventh grade, Tony had a fiercely quiet disposition. He would copy notes, sometimes incorrectly — I later found that his eyesight was not very good — but never answer or ask questions in class. When I called on him, his responses were stuttered and mumbled and he would not meet my eyes. His grades in all subjects were in the bottom rung of the class. Still, he tried hard and never acted out. His diligence paid off slowly.

First, I noticed a gradual change in his Mandarin, which was helped by some students gently correcting him. As weeks went by, he began to raise his hand at least once in every class to answer a question. When I set up an English club and invited students to submit an application, he was the first in his class to do so. I accepted the application from his hands and heard his strong and resolute voice say, "Teacher, this is my application." I looked forward to reading it. Near the end of the first semester, Tony had become an active participant and replied to questions with determination. 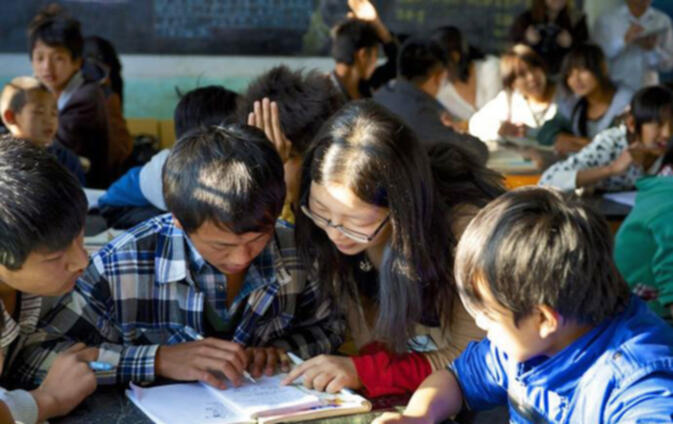 Last fall, I was able to make the hike with his homeroom teacher, Miss Cai, another Teach For China instructor, to Tony's village. The purpose of the visit was to better understand Tony's life at home, the situation of his parents, and to encourage all parties involved to keep Tony studying past graduation — a result more than 30 percent of student in Dachaoshan will likely not achieve. Having been to some other students' homes before Tony's, I knew to expect his family to speak only the local dialect and to have rustic housing conditions. But when Tony started to re-count his family's story, Miss Cai and I were shocked into silence.

When Tony was six, his mother committed suicide, leaving the house and its up-keep to her husband, as well as her mother and father. Later, they helped Tony's mute uncle also move into the family so he could be taken care of. Faced by the daunting pressure of the household, Tony's father started drinking heavily and spent the family's money on alcohol.

Eventually, his father sold off the family's ten cows for booze and then lost his job as a mechanic. There were more stories to tell, but I stopped Tony and asked curiously what kept him studying and what his dream was. He looked me square in the eyes and replied, "I want to leave Yunnan and go to college". 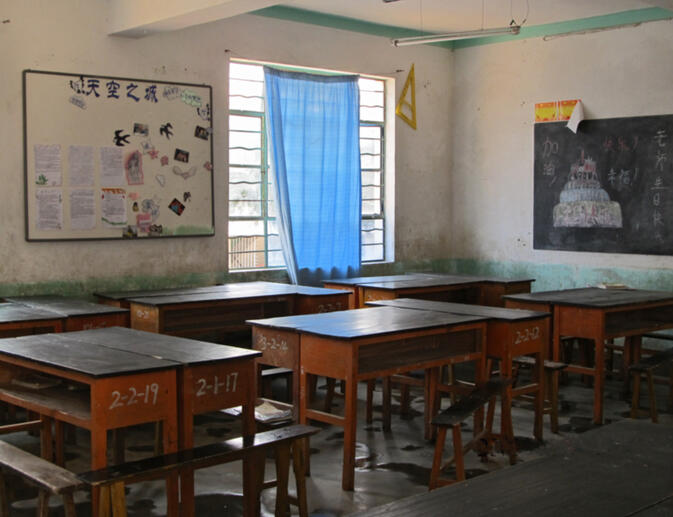 Tony is special not because he views his education and learning as a "way out" of his dismal situation, but because he knows that by completing short practice worksheets and answering questions in class he takes small steps toward reaching his goal. He really impressed not just his teachers but also his classmates last spring when he went from being second-to-last in the grade ranking to number four on his English exam.

He routinely seeks out Miss Cai and myself to drill on the most important grammar and vocabulary points for each unit. If he has a question, I always know that he will never be afraid to ask it. But I worry about the exhausting road ahead of him, which not only includes extremely difficult entrance exams before high school and, later on, college, but also the finances and resources needed to continue onward. Right now, alongside his schoolwork, I try to teach Tony of a compassionate world. I sincerely hope you can help show him that it is real.

Tony is one of 50 classmates that make up Class 61. Only a few of the children are in a better situation than he is. Please consider sending a postcard, email, school supplies, clothes, a cool toy, or whatever you think that might symbolize our theme of "Run Faster, Jump Higher, Work Harder, Be Smarter" to Tony and his classmates. Those who would like to get in touch should use the address below and make sure to include both the English and Chinese information. 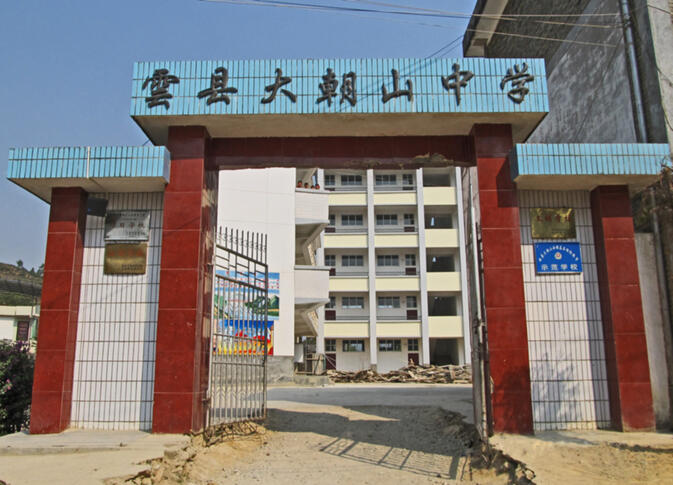 Touching story, thanks for sharing with us. We need to hear these kind of stories more often, and remember how lucky we are.

The playing field is not level.

I'd like to send my kids there, so they can see how LUCKY they really are - maybe inspire them to seriously study as opposed to mucking around.

Anyway - wonderful and touching story - I look forward to the opportunity to helping our rural families in a beneficial, sustainable, and scalable manner - show the government how it SHOULD be done.

This is an amazing idea! I am sending one to you next week, and will share this post so that more people can join in. Thank you for sharing!

This was a touching story! Is there any information as to where Tony is now? Did he continue his studies and make it to college?