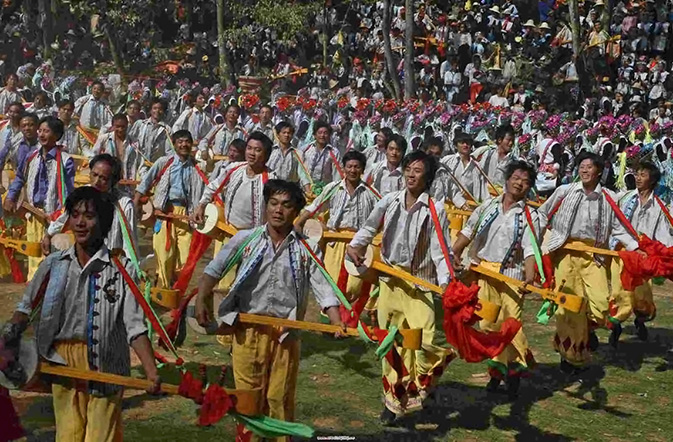 Editor's note: The Yi people (彝族) are one of the most populous minority groups in China, living mainly in the provinces of Guangxi, Guizhou, Sichuan and Yunnan. They are perhaps best known for their Torch Festival (火把节), which pays homage to an ancient hero. But Yi culture is obviously much more nuanced and complex than one holiday can express. The story below offers a window on one particular aspect of Yi culture and was originally published on Peter Micic's website cloudnineteas.

The legend, a folk tale passed down through oral transmission, is called 'The Origin of the Yi Three-Stringed Lute' (三弦的来历). This version was compiled by Chinese ethnographers working in the Sanjie (三街) area of Chuxiong Yi Autonomous Prefecture (楚雄彝族自治州). 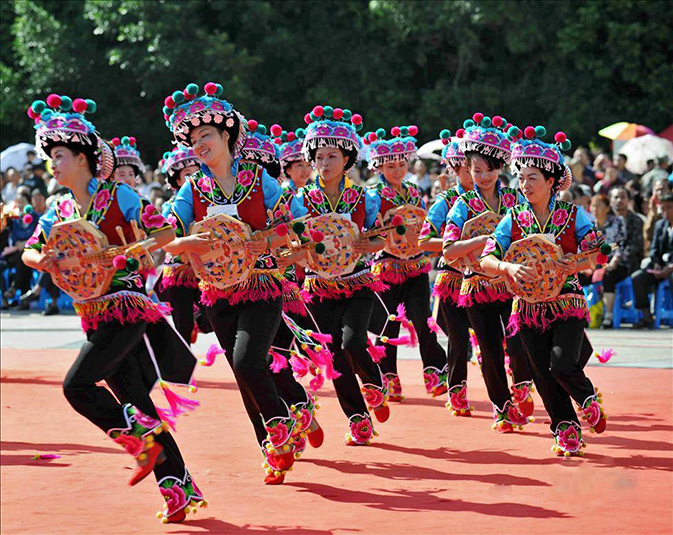 The Origin of the Three-Stringed Lute

Once upon a time, a boy tended sheep for a local native tribal chief. One day, returning home to his village at dusk, the shepherd boy saw a foal by the roadside. 'Where's its mother?' thought the young boy. He decided to carry it home fearing that a wolf would surely come and eat the small animal.

The boy loved the foal more than anything. Each morning he took his flock of sheep and the young horse into the mountains. When the foal's bones and joints grew stronger, the boy would ride him as he tended his flock.

One evening, a wolf jumped over a mud wall that was intended to keep out marauding animals from the sheep enclosure. The wolf didn't get too far because the horse, tethered to a post, kicked and stomped the ground. When the boy arrived on the scene, the horse was exhausted and covered in sweat.

It was known throughout the region that the shepherd's boss, a local tribal chief, had a beautiful daughter. He decided it was time to find his daughter a husband. A horse race would be held, and whoever won the race would marry his daughter.

What chance would a shepherd boy, who had now grown into a handsome young man, have in winning the affections of the tribal chief's daughter?

The day of the race arrived. Some had travelled from afar, where the days were divided into sunrise, high noon, and sunset, and where distances were not measured in days or hours but by the number of mountain passes and rivers. Others, much closer, arrived at the racecourse hours before the event. The young noblemen wore their best attire and rode the finest horses. The boy looked shabby in contrast, and though his horse was strong, it couldn't compare to their fine horses. 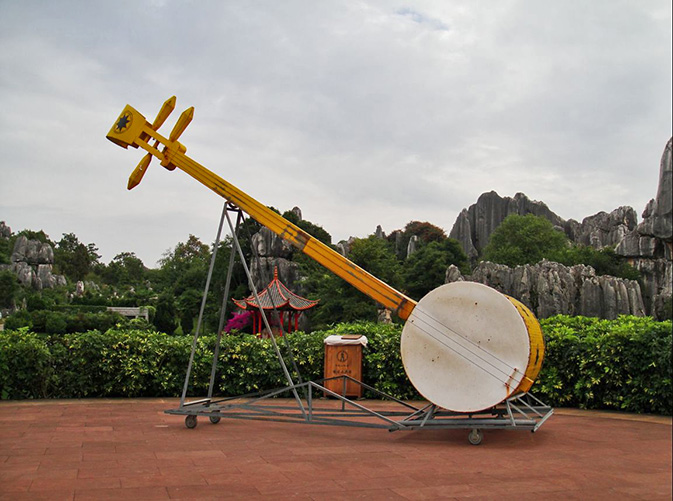 The noblemen mounted their horses and galloped hard, but to everyone's surprise, it was the young shepherd who crossed the finish line first. Some of the noblemen demanded another race. When the tribal chief saw that the winner was one of his farm hands, he said: 'Young man, you've won the race today, and here are a few silver coins for your effort, but such a fine horse should not be ridden by the likes of you. I want your horse.'

'I came here today to take part in a horse race, not to sell my horse,' replied the young man. The tribal chief became angry and ordered his soldiers to whip the boy and lock him up.

At a sumptuous lunch a few days later, the tribal chief paraded the young man's horse in his courtyard. He tried to mount the horse, but it kicked and bucked, throwing him to the ground. The tribal chief felt utterly humiliated being thrown off the horse in the company of village headmen, so he ordered his soldiers to have the horse put down. The horse galloped away swiftly while the soldiers fired arrows.

The horse finally found its way home. The wounds inflicted from the soldiers' arrows, however, proved fatal, and several days later, the horse died. Unwilling to bury the animal, mother and son sat next to the dead horse crying for three days and three nights.

Several days later, the dead horse came to the young man in a dream. 'Master, please don't grieve. You raised me and looked after me. It pains me also that we are no longer together. Take my hide to make a round rectangular resonator, my legs to make tuning pegs, and my tail to make the strings. As you play the instrument, we can curse and abuse that good-for-nothing tribal chief. And when you are not working, play the instrument and we will both be content and happy.'

The young man made a fine instrument. The sounds produced by the three strings were sometimes happy, and at other times sad and angry. Each of the strings corresponded to these three emotions.

This story has been passed down from one generation to the next among the Yi people. During festive occasions, young people will play large three-stringed lutes while dancing. The elders will play smaller ones as they sit around a fire or stove recounting stories from a remote past. 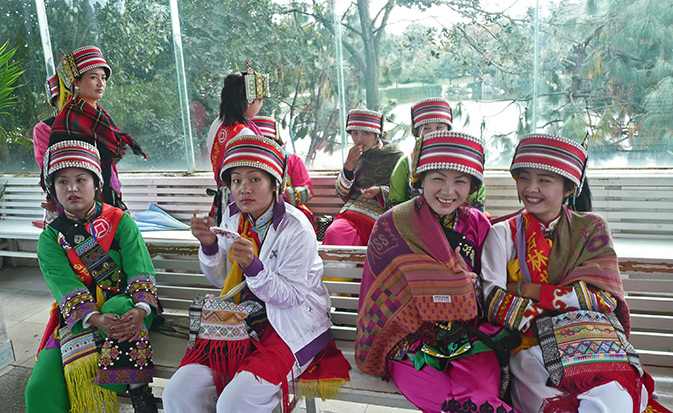 Theres a true music related story from the banks of the Yangtze where the Yi used to raid their han-slaves.

The Yi used to howl as wolves during the slave raids. Local people could never be certain whether it was the wolf or the Yi howling. This created a lot of a stress, but the fertile soil kept them from moving away. Many lost their daughters and sons to the Yi mountains.

The sadness here was put down in folk-songs and music. Played with an erhu - or some Yi style instrument - in markets at times.

Now, it is said, that when people heard these folk-songs, they gathered around the folk-musician and even most brutal med shedded a tear.

Now these songs are blowing in the wind.