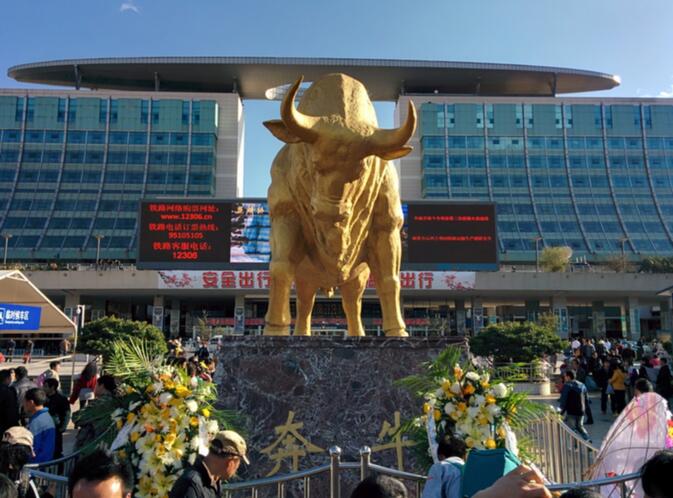 Memorials in front of the Kunming Train Station

Editor's note: The following article was written by Kunming transplant Sander Van de Moortel and originally published on his blog A World of Nonging, on March 2.

In the wake of the attack on the Kunming Train Station, in which official sources say at least 29 people lost their lives and 143 were injured, I went to sniff around the city for stories and reactions. People are stoic, supportive of their fellow citizens and have seemed to steer clear of any racial or religious violence.

In general, the city feels ridiculously normal. The people manning the gate at my compound greeted me as cheerily as ever as I scooted past on my bike, and the only armed police I saw for awhile were hanging around a major intersection. Most people ambled lazily around Green Lake Park, gazing as if nothing had happened at the flocks of sea gulls on their way back to Siberia. Not a SWAT team to be seen, even though this too could be a potential spot for carnage. Kunming's First People's Hospital also had only a few law enforcers stationed outside, a stark contrast to the mob of police inside who were trying to keep journalists at bay. 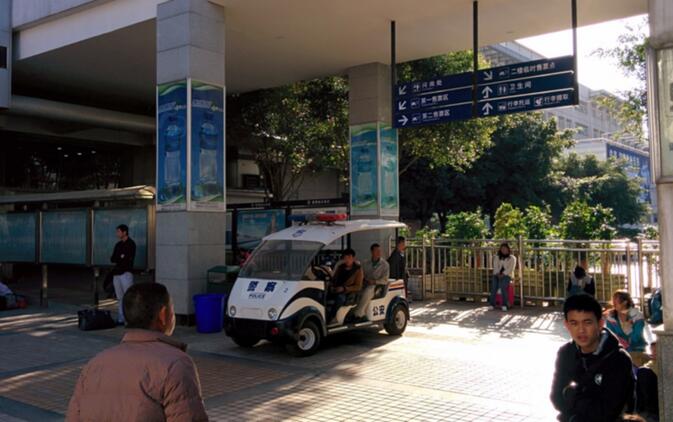 Even the train station felt relatively normal. On the left side of the square, a large part was sectioned off with police and a dozen or so armed SWAT policemen swarming around. In the middle of the square, under the large gilded bull, people took pictures of flowery memorials, one of which had already fallen down and torn. The ticket hall, the goriest place during the attacks, had been properly rinsed and was again filled to the brim with people queuing to buy tickets.

A young man cheekily ran behind me to measure himself against my height and I used that as a pretext to ask him some questions. Whether he was afraid? "If I were afraid I wouldn't be here". Any other questions resulted in him uneasily shooting his eyes around, so I left it at that. 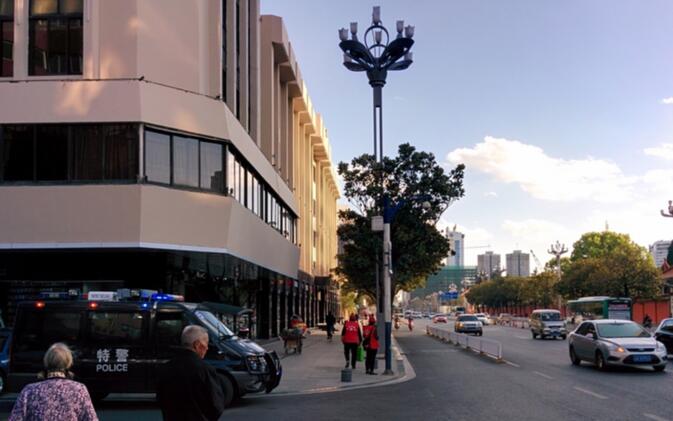 A SWAT vehicle on Beijing Lu

The cigarette lady was more helpful. They had already closed the shop and gone home for the night when the killings happened, but she was dead afraid to come back to work. She had wanted to stay home, but her boss and the need for a salary made her show up. She added that the extra security made her feel safer, though. A Bai minority woman in traditional dress was waiting for her daughter to pick her up nearby. When I asked her if she wasn't worried about coming to the station, given the previous days events, she replied: "Which events?" Apparently the news hadn't reached rural Dali by then.

I also visited one of the mobile blood donation centers that the government had set up at twelve different locations all over the city. They must have rushed them in, as the caravan still sported a sign for a previous blood-donating event on New Years Day. That didn't seem to stop people from flocking to the cabin. I was told that at least 150 people had already donated blood and another 60 people were waiting in line to give. 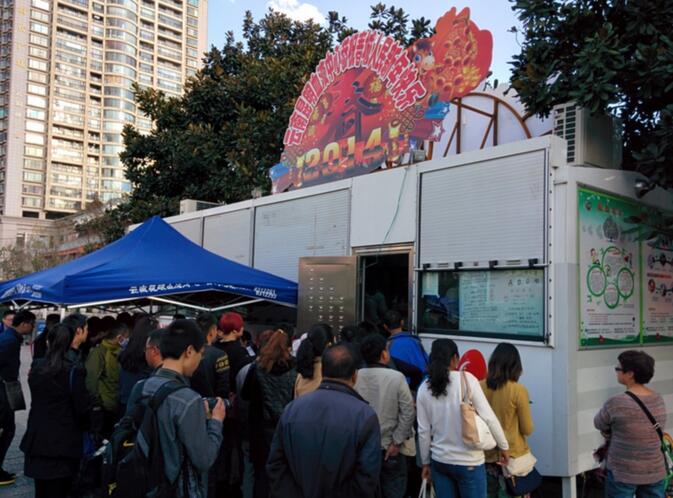 I met Miss Wu and her two friends at the mobile blood bank. She herself was not able to donate, but her two male companions were. While the two men were inside, I struck up a conversation. "We're here to help our fellow citizens after yesterday's massacre," she beams. Solidarity and stoicism obviously go hand in hand in Yunnan. "I don't think this will affect how I see Muslims," she explains, "and I don't think it will the view of most other Chinese, either. The attackers were a violent group who had nothing to do with other Muslims. There have even been a lot of Muslims coming in to donate blood. Wherever you have people, you have bad ones."

A Chinese journalist asks me my opinion and adds that he hasn't been able to interview any Uighur people. "Perhaps they're afraid for retaliation [from Han majority people], but they really needn't be, there doesn't seem to be a strong anti-Muslim sentiment among the people." 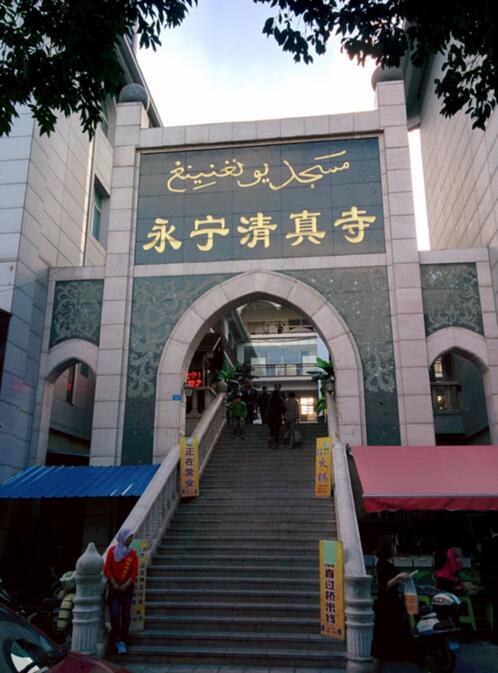 Business as usual at a Kunming mosque

At the nearby mosque at Jinbi Square, too, everything seems to be business as usual. No signs of Islamophobic rioting, just people cooking all kinds of Halal cuisine for visitors. I talk to Ma Jun, a Hui woman from Inner Mongolia. While roasting some erkuai pancakes — a local Yunnan delicacy — she tells me she has seen some Uighur people coming in today for food and prayer, just like on any other day. She wishes for a stronger feeling of unity among the Chinese people and says all are welcome under the roof of the mosque.

Questions remain, though, which no one currently has answers too. One such question is "Why Kunming?" Of all places of importance to the Chinese government, was Kunming just the one with the weakest security? Were the attackers simply locals? Were they after tourists or after a particular train — the train to Shanghai was about to leave? Kunming has almost no history of violence of this order, with the only notable recent event being the bombing of a bus in 2008. Then, too, Uighurs were initially blamed until it was later revealed that the lone bomber belonged to the Hui minority.

Knife attack? It is a brutal and barbaric terrorism!!!

Excellent article. The "day after" is rarely covered by news agencies. Pleasantly pleased to read that Kunmingers are remaining so calm and rational.

You didn't expect a capital city to come to a standstill because of this did you?
Sadly 'life goes on'.....

I went to the train station in Chengdu a couple of years ago. There was so much security you would need a tank. Kunming zhan is a much softer target. No chance the attackers are local.

Haa it become necessary to consider comments on this article 'closed'? It would seem so - no blame to the gokunming staff.

Good story, thanks. I wandered around some on Sunday and also got the impression things were pretty normal. Could not get a seat on any of the buses I rode.