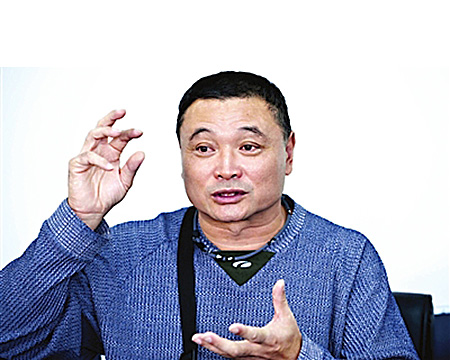 One of China's more influential experimental writers was beaten unconscious in Xishuangbanna yesterday, possibly by local mafia. Novelist Ma Yuan (马原) had only been living in the small town of Nannuoshan Guniangzhai (南糯山姑娘寨) for five days before running afoul of local thugs, People's Net is reporting.

Ma's wife told reporters she and her family were woken up at three in the morning by repeated knocking on their door. When they answered the door they were told by a group of men they had ten minutes to move out. When Ma refused, he was kicked and beaten until he lost consciousness.

The beating appears to have stemmed from a dispute with a local businessman surnamed Zhou (周). Zhou claims to own the land where Ma and city officials were planning to build a cultural center. Conflicting media reports refer to Zhou as either having ties to the area's construction bureau or as a local gangster — ditoushe (地头蛇) in Chinese. Zhou has since been arrested. 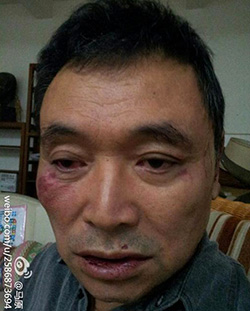 Ma has been keeping a running diary of events on his weibo since the beating occurred. He repeatedly posted pictures of the wounds he received during the assault and his posts have now gone viral.

The 59-year old Ma moved to southern Yunnan last week after retiring from his position as professor of literature at Wuhan Tongji Univesity. He is best known for his avant-garde writing style and for composing stories in a non-linear manner.

Ma is also at the center of a small group of Chinese authors writing what is often called 'Pioneering Literature' (先锋文学). Authors of this genre compose metafiction, a literary genre that intentionally makes reference to itself as a work of art.

Hong Feng (洪峰), another metafiction writer, was similarly beaten over a land dispute in Yunnan during Spring Festival earlier this year. Of his present situation, Ma wrote on his weibo: "I can't believe the same tragedy that befell Hong Feng has replayed itself with me."