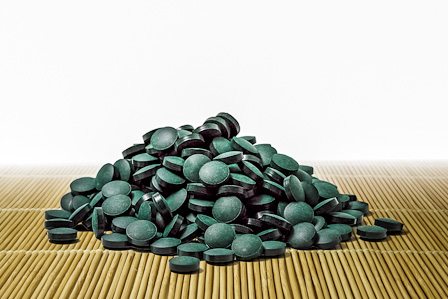 Recent tests by China's State Food and Drug Administration (SFDA) have revealed that several brands of the medicinal algae spirulina contain dangerous amounts of lead. These results have led to a recall by the SFDA of all tainted spirulina products.

Spirulina from eight different companies was bought in drug stores in northeast China and tested for heavy metals. Six of the eight brands contained unhealthy levels of lead. One US brand, Cont-healthy, had lead levels exceeding Chinese governmental standards by 820 percent, according to a Xinhua news report.

The report of lead contamination could have a negative impact on Lijiang's economy. Chenghai Lake (程海) near Lijiang is one of only three lakes in the world where spirulina grows naturally, the other two being Lake Chad in Africa and Lake Texcoco in Mexico. Farms on Chenghai Lake produce 40 percent of the world's spirulina supply. 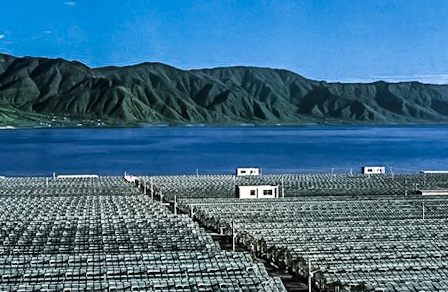 A spirulina farm on Chenghai Lake

Generally sold as a dietary supplement, spirulina is a blue-green algae rich in protein, vitamins and amino acids. It is sold in powder or tablet form and is marketed in China as a weight loss product, a palliative for heart disease, an anti-cancer agent and as a health supplement for pregnant women.

The high levels of lead may have come from companies putting additives into their products. The Xinhua report quoted an industry insider in Yunnan who said it is common that manufactures use cheaper and substandard spirulina powder to cut costs.

Check the "Official Samples" to find out where you can get the newest free samples. Every day you'll find out how to get the best free samples sent straight to your mailbox.

Great article, the China FDA has an up hill challenge to restore confidence in Chinese nutraceutical products

Why do we always hear about these food scandals after it's too late and millions have ingested the products?
Given all the unemployed or underemployed people in this country, can't they put someone in all these factories to supervise quality control and give them a few kuai a month?
Better to find out later than never, but it's frightening given the sheer number of consecutive never-ending food scandals in this country.

Is there anything that ISN'T tainted?

I know China has a hard time taking a much need Great Leap Forward on Chinese medicine but being allowed to market products with ",,a weight loss product, a palliative for heart disease, an anti-cancer agent and as a health supplement for pregnant women." without documentation and scientific testing is just plain wrong. A former co-worker of mine still has a 3 page folder on some sort of fish extract from Guangdong. He used to joke that it was easier to list the diseases that the stuff DIDN'T cure, according to said folder.

So why don't they test the products at the source, or at least the lake water? I guess speculating is more fun, not to mention safer for the reporters anyways.