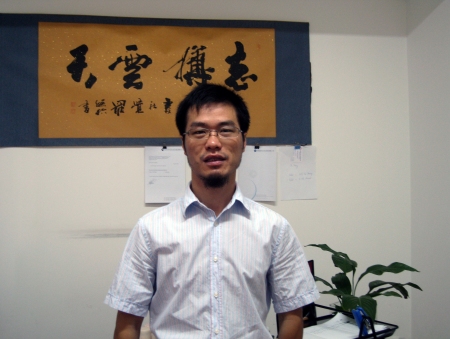 Just a decade ago, the majority of international companies in Kunming were well-funded, larger-scale operations. Today there is a growing number of entrepreneurs from around the world starting their first business in Kunming.

Starting up a company or opening a representative office for an existing foreign company requires navigating through a process of document procurement and occasional meetings with government officials, the majority of whom don't speak any English. Hiring a local company or individual to assist with registration and serve as a liaison to the government is the option that most foreign-invested enterprises in Kunming choose.

For the last four years, Hunan native Max Peng of Kunming Yu-Cong Enterprise Management has worked as such a go-between, providing a vital link between the local government and international businesspeople. GoKunming sat down with Peng to learn more about the current environment for foreign investors in Kunming:

GoKunming: How did you first start out providing business services for foreigners in Kunming?

Max Peng: After I graduated from university in 2005 I decided to start my own business services company. In the beginning I only provided services to Chinese companies. My English teacher introduced me to my first foreign client at the beginning of 2006. Based upon my experiences with that initial client, I realized that I could offer high-value services to foreigners that other Chinese companies could not.

GK: What are the biggest challenges for foreign-owned businesses in Kunming?

Peng: Communication is the primary obstacle. Being able to speak Chinese is important, but so is knowing exactly how to phrase what you're trying to say. For most foreigners who want to do business in Kunming, communication with government staff at the departments involved in the registration process is quite a challenge.

The reason that international businesspeople in Kunming hire companies like mine is that we can take care of the paperwork while they focus on their real business.

GK: Which areas of Kunming's economy hold the most opportunities for foreign-owned businesses?

Peng: In fields like horticulture, medicine and science, foreigners often have high levels of professionalism and technical expertise, which complements Yunnan's wealth of biodiversity. Foreigners interested in opening restaurants or bars or working in trade or consulting should still have very low barriers to entry for the foreseeable future.

GK: What are the most significant changes that have taken place in the Kunming business landscape in the last five years?

Peng: The local business environment has become less insular and is increasingly open to international business norms. Business in Kunming in general is becoming more transparent. The other side of this coin is that government regulations are tightening up, but this increasing reliance on a system rather than relationships is better for investors in the long run.

GK: What current and future developments do you think will affect foreign investment the most?

Peng: The new airport, the new metro lines and the Anning oil refinery should increase investor confidence in Kunming, but hopefully these big projects will be accompanied by forward-thinking policies.

GK: What other areas in Yunnan do you see becoming more appealing to foreign investment in the next five years?

Peng: Right now I see the governments of Dali, Lijiang, Yuxi and Dehong working harder than other local governments to attract foreign investment.

Peng: [Laughs.] They are both spicy, but I'd have to say Hunan food is a little more spicy.