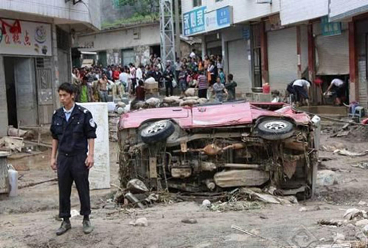 At least 17 people are dead and 28 missing after torrential rains triggered a landslide in northeastern Yunnan's Zhaotong prefecture on Tuesday.

The landslide flattened 16 houses and damaged more than 80 others early in the morning in Xiaohe town about 270 kilometers north of Kunming. The town is located along the Niulan River (牛栏江), a tributary of the Jinsha River.

The disaster is a reminder that although the rainy season has felt unusually sunny in Kunming, other areas in Yunnan and across southern China have suffered heavily from flooding and landslides. 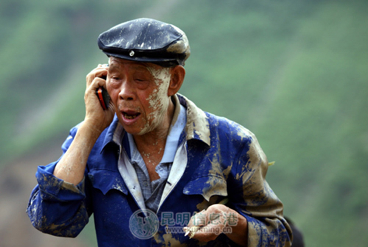 Despite an ongoing search for the 28 missing victims, local officials reportedly hold little hope of finding any of them alive, believing them to have been buried in mud or swept into the river.

A preliminary report yesterday from the Zhaotong branch of the Yunnan Hydrological and Water Resources Department said that although the landslide was triggered by heavy rains, its underlying causes were severe soil erosion, ecological degradation and inadequate flood control systems.

Southwest China, parts of which were suffering from the worst drought on record as recently as May, is now grappling with an excess of rain in many areas. There has been a string of flooding and rain-related landslides in the region since the start of the rainy season around the beginning of June, including other landslides in Sichuan on Tuesday that killed 14.

The threat of flooding also extends beyond southwest China. Recent heavy rains in the Yangtze River basin—including the band of storms that set off the landslides on Tuesday—along with summer meltwater flowing out of the mountains have the river running higher than usual.

The State Flood Control and Drought Relief Headquarters warned yesterday of a possible repetition this year of the 1998 floods on the Yangtze that killed 4,150 people and forced the relocation of another 18.4 million.