January 15, 2021 "We are looking for a part-time English teacher. Requirements: - Have experience in teaching 3-15 years old children; - Have ability to prepare y …"
Living in Kunming michael2015 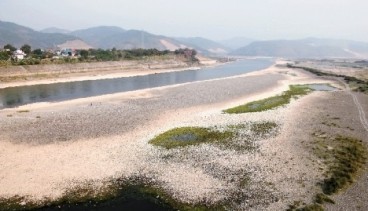 For the last decade, the elephant in the living room of China's relationships with the countries through which the Mekong River flows has been the growing number of dams built on and planned for the Lancang River – as the Mekong's headwaters in Yunnan are known.

The river - which in February was at half its normal level for that month - is a source of food and livelihood for the 65 million people living in its basin in Yunnan, Laos, Myanmar, Thailand, Vietnam and Cambodia.

On Monday, Thai Prime Minister Abhisit Vejjajiva met with Chinese Deputy Foreign Minister Hu Zhengyue, telling Hu that residents of the lower Mekong region were concerned about the river's recent low water levels and were uneasy regarding the lack of clear information about China's dams on the Lancang, according to a Nation report.

Despite Abhisit's polite request for better information, Thai officials came to China's defense, saying that the recent low levels in the lower Mekong basin – the lowest in half a century – were primarily due to a drought in Laos. Foreign Minister Kasit Piromya said that rain in Laos normally accounts for 35 percent of the Mekong's water supply and that only four percent of the river's total water was held behind Chinese dams.

China currently has three dams operating on the Lancang, with a fourth at Xiaowan scheduled to commence operation in 2012. If completed, the Xiaowan hydropower station will be the world's tallest dam, rising almost 300 meters and capable of retaining 15 billion cubic meters of water.

Plans for a protest outside the Chinese embassy in Bangkok next month by residents of the northern Thai city of Chiang Rai suggest that residents of China's neighbors downstream may become increasingly vocal about the impact they feel Chinese dams are having on the river.

The Bangkok protest will be timed to coincide with the first Mekong River Summit, organized by the Mekong River Commission (MRC) and scheduled to be held in the Thai beach town of Hua Hin from April 2 to April 5.

The conference's theme, "Transboundary water resources management in a changing world" is slightly undermined by the fact that the MRC's membership only includes Thailand, Laos, Vietnam and Cambodia, with Myanmar and China only participating as "dialogue partners".

It is difficult to imagine China making concessions to protestors, governments or anyone else for the time being. The Bangkok Post is reporting that a letter sent last month to Yunnan Governor Qin Guangrong by the Chiang Rai provincial government demanding the release of water from Lancang River dams was rebuked by Qin, who said the water was needed in Yunnan for agriculture during the dry season.

In addition to the protest related to the Mekong's current low levels, some Thai villagers will also attempt to deliver a petition to China seeking compensation for flooding in 2008:

Next month, a group of 100 villagers from Chiang Khong district will submit a petition to the Chinese Embassy, and also seek compensation of Bt85 million from the Chinese government for damages from the flashfloods they experienced two years ago. Their leader, Niwat Roikaew of the Rak Chiang Khong conservation group, accused China of releasing water from the dams, which raised the river's level by one metre overnight. Now, in the dry season, China does not release water, and the water level, at 0.38 metre, is the lowest in 50 years.

In May 2009, the United Nations said China's plans to eventually build eight dams on the Lancang "may pose the single greatest threat to the river". China, however, is not the only country building dams on the river. Laos has plans for 23 dams on Mekong tributaries and the Mekong itself to be finished in the coming year, with Vietnam and Cambodia also planning dams of their own.