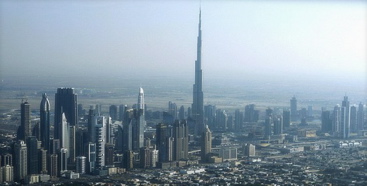 It's official: this month Kunming will launch direct flight services to Dubai, joining a small handful of other Chinese cities with air links to the Middle East.

China Eastern Airlines announced last week that it will launch flight services between Kunming and Dubai on February 22. The thrice-weekly flights include one direct Kunming-Dubai flight and two with stopovers in Dhaka, Bangladesh.

The direct service, MU755/6, will depart Kunming at 4 pm and arrive seven hours later in Dubai. MU2021/2 will also leave Kunming at 4 in the afternoon, arriving in Dubai around eight hours later after stopping in Dhaka.

The new air connection is expected to boost already booming non-oil trade between China and Dubai. Additionally, Yunnan is home to one of China's largest Muslim populations, after Xinjiang, Ningxia and Gansu – which should lead to more Yunnan Muslims visiting the Middle East as leisure and religious tourists.

The biggest step forward in Kunming's emergence as an international aviation hub will be the opening of Kunming's new airport. The 12 billion yuan (US$175 million) airport is scheduled to open in 2011.

The airport will be located about 30 kilometers northeast of downtown, just past the town of Dabanqiao (大板桥镇). Considerable progress has been made on the airport since construction began in 2008, with the steel skeleton of the airport terminal nearly completed and base earth layers ready for the runways.

The new airport and other infrastructure projects outlined in Kunming's ambitious 12-year development plan, which was unveiled in 2008, promise to bring major changes to the city. Alongside construction of the airport is a four-lane expressway that will link the new airport with the eastern end of Dongfeng Dong Lu via interchanges at the second and third ring roads.

Also, the timeline for construction of light rail line number six, which will run from downtown Kunming to the new airport, has been pushed forward, with construction beginning next year. The light rail was originally going to be extended to the airport by 2020 and is now projected to be completed within five years.

Photos of the new airport expressway and airport construction site:

Kunming-Kathmandu flights to launch in July

Work to begin on Lugu Lake airport in 2009